Alabama Gun Forum is a place to buy, sell and talk firearms for free and privately. Not on facebook, locally owned!

I'll start by saying Thank You for the Membership...looking forward to gaining knowledge on 2 Fire Arms I own. One is a Remington Semi-Auto .30-06, which I acquired as a Pile of Dookie...did a little Resto work on her and she's been sitting in the Safe for 20+ years. The second I received as payment from a Friend for (embarrassed) teaching him how to do his job before he got his big butt FIRED! LOL! I didn't expect much from him, but it wasn't a big deal...he's was (Paul has Passed) one of my 2 best friends EVER! Especially after he handed me an early Clark Custom .22-250, with 24.5" Bull Barrel, built on a Winchester Model 70 Frame, with Engraved Monte Carlo Stock. I'm only letting go of for sure facts as I gotten them, but there a MiLLION Stories/Lies/Tall Tales and who the Hell knows what! <snicker> The only two things I know for honest to GOD Truth are...been offered $5k for it from the Owner of an Arms Dealership after a 30 second review and a good bit more from someone who called me, and I think was the same guy. The only thing either of them said was..."Don't let anyone else Buy it or even look at it until talking to me again!" Bahahahahahahahaha! Now I own KnuckleHead Drums & Restorations and Sterling Snares...this ain't my first Rodeo & I'm great at playing Dumb. The dude at the Morons R US Gun Store thought I was Forest Gumps Retarded Brother (even talked to me Slow! LOL!), and I know that NO ONE throws $5K at Gumps Retard Brother unless there's a whole lot of money hiding under the Table! Please, does anyone know of someone who is able to appraise it. I promised Paul I wouldn't Sell it until he Passed...he has & it's hard having it around, also hard letting it go! 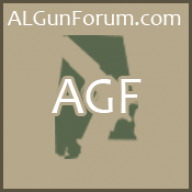 Welcome to the forum!! Hope you find the conversations and knowledge you seek here at algunforum. 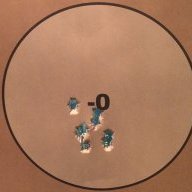